For this one & the Win10 version of the same, a whole load of work has gone into them to get the apps installed correctly.

Please enjoy my new installer process, its interactive in a sense so not completely automated but it’s nicer as you have the freedom to choose if you want to continue or not.
The files can be run from the sources\$OEM$\$$\Setup\FilesU folder at a later time if you so choose to not install right away. You can run them seperately or by running my pre configured _Morph’sAppInstaller.bat

I have moved most of the extra’s to the ISO to minimise the files on the desktop. I added a few new backgrounds in the Windows\web folder.
I have also added an Apps_Tools folder directly onto the ISO which include all my usual tweaks plus loads more.. It’s about 1gb in all.

I have added the patched themui.dll’s directly into the system so no need for UltraUXThemePatcher (Someone else posted that they did this, sorry I can’t recall who but thank you for the idea as it’s much easier this way).
UltraUXThemePatcher is available in the optional folder if needed.
​

A Lot of the files included have false positives due to their nature.
I ran a full scan & if anyone would like the logs I can send them
but there were too many to include a full screenshot as my screen isnt big enough.. 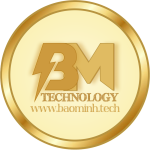